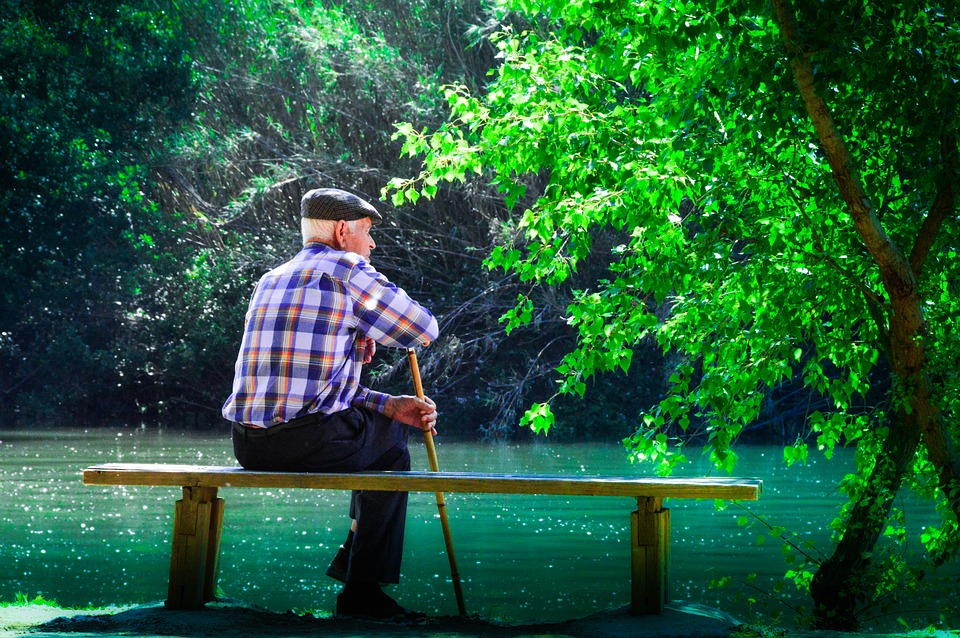 Sometimes life is understood better in hindsight. But don’t you wish you knew what you know now 10, 20 or even 30 years ago?!

Thankfully, there are other people who have been on this planet longer than we have and we can glean a little wisdom from the lessons they’ve learned. Here are 5 money lessons from elderly Americans that everyone should know!

In Karl Pillemer’s book 30 Lessons for Living, he records the life lessons of 1,000 elderly Americans, most in their 80s and 90s. One important lesson from these folks had to do with the importance of money in life.

According to all the interview Pillemer conducted, he reported that not one person said that working harder and earning more money led to happiness. Instead, these older Americans said that if you can find something you enjoy doing but earn less money, do that, because you will be happier.

But still, it’s vitally important to save to ensure your living expenses are met later in life and well into retirement. Bette Dewing, a member of the World War II generation, told U.S New and World Report that she has made many financial mistakes, and wishes she had saved more and consulted with a financial planner.

Jeanne Thompson, vice president for Fidelity Investments says that people should aim to save about 15% of their income (including an employer match) in a retirement account, such as a 401(k), IRA or other savings account, and by age 67, it’s a good goal to have about 10 times their ending salary saved in total.

2. Value people and experiences over things.

Though money is important for life, over and over again older people told Karl Pillemer that money paled in comparison to the people in their lives and the time they enjoyed with them. As a part of his Legacy Project, he describes how these folks ‘unanimously caution that time spent getting a lot more stuff than you really need is time wasted.’

‘Now, at 71 and 78, as we progress through our senior years, living comfortably — not luxuriously — we are increasingly aware that accumulating STUFF is of little importance. The accumulation of love for each other, of our children and of life-long friends and extending that love to those less fortunate than we have been is the centerpiece of our lives, of humanity and civilization.’

Toward the end of life, these seniors reflected that though money is important for survival, it’s a vehicle versus a destination.

3. Prepare for your loved ones.

Perhaps the most sobering reminder of being financially prepared for mortality was the recent death of rock superstar Prince. In the event of an untimely or unplanned death, (really, what isn’t untimely or unplanned?), it’s important to care for your most precious possession — the family and relationships in your life.

Seth Kaplowitz, an attorney and professor at San Diego State University’s College of Business Administration told Market Watch that even a young person with substantial assets should make a plan. He also noted the importance of reviewing your will every five years to ensure everything is up to date.

4. Make sure you enjoy your work.

Another lesson in Karl Pillemer’s book 30 Lessons for Living has to do with working at a job you hate.

One said, ‘No amount of money is worth more than having a job that you’re glad to get up and go to every morning, instead of one you dread… I have learned many lessons, but there are only a few that in the long run are meaningful and which I have tried to pass on to my children and students. If you can’t wake up in the morning and want to go to work, you’re in the wrong job…’

Since work is where you’ll spend 60-70% of your time, it really is important that if you don’t enjoy the work you’re doing, you should find something you do enjoy. Other older Americans wanted younger people to know that staying at a job you dislike is ‘a recipe for regret and a tragic mistake,’ according to Business Insider. Mr. Pillemer also noted that there was no issue these older Americans were more adamant about than enjoying the work you do.

5. Live within your means and learn to be content.

America’s longest married couple has quite a story, in addition to some great financial advice. John and Ann Betar are 104 and 100 years old, respectively, are healthy and stay very active, surrounded by friends and family.

To the question of best financial advice, Mr. Betar said, ‘Live day to day within your means. Be content with what you have. Don’t spend more than you have.’ In addition, they still even cut coupons!