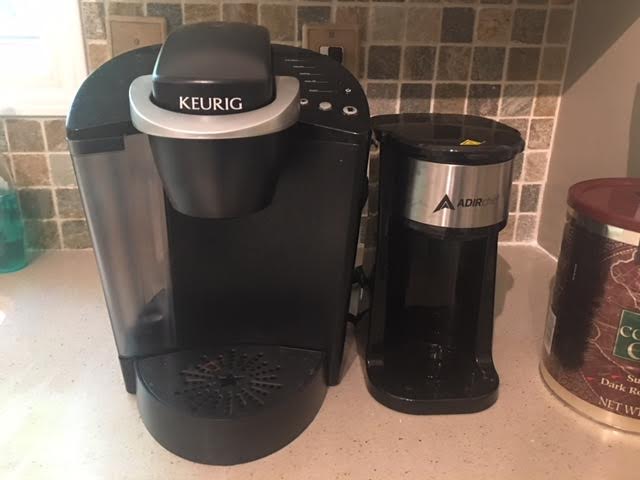 Once upon a time, I was a vegan health nut, and I was against drinking caffeine. Now, things have changed. There is not a day that goes by without drinking my daily dose of the black stuff. And I like mine dark too. If it’s the consistency of motor oil, that’s my kind of coffee! (Almost.)

I had a Keurig that was gifted to me by someone and it’s great for entertaining. But those little coffee pods are expensive and even in our semi-environmentally-conscious world, they were not created in a way that they would be biodegradable. So, I did some math.

Walmart’s Great Value brand of K-cups gets you 2-packs of 48 K-cups for around $30, which works out to around $.31 per cup of coffee. This is one of the best prices out there for K-cups, unless you find a good sale.

However, Costco has a 3-pound tin of coffee for around $11, and sometimes Costco will drop the price to $8 during a sale. If you consider that one pound is 32 tablespoons, this is a total of 96 tablespoons of coffee. I generally use two to three (yes three) tablespoons, so that’s around 48 cups of coffee. This equals $.16 per cup!

Obviously, there is more savings involved if you’re trying to switch from a $3 cup of coffee at a coffee shop to brewing your own cup at home. (That’s a whopping $312 if you go out just twice a week!) But it goes to show that savings on small items like this really does add up. Over the course of 10 years, you’ve got a nice little cushion of $550 saved, just by avoiding K-cups!